from "The Gambling Cruise,"

Nicu opens the service door and braces himself against its jamb, just meters above a choppy sea. Despite his fear of water, this is the only place belowdecks with reception. Even so, he can barely make out his mother's voice over the waves slapping the hull. Are you alright, she asks, are they feeding you? I'm fine, he tells her, though there's much to complain about.... 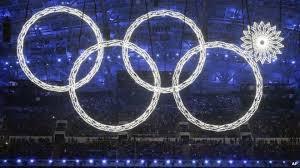 Visit The Barcelona Review
Sochi, 2014
a short story
"Day two of the games, Putin spied a potential threat across the luge: a brunette who kept fiddling with her ski vest, its odd bulge suggesting hidden explosives. Maybe that was paranoid. After all, she had good Slavic cheekbones. On the other hand, nothing got a man blown to bits faster in this world than thinking with his khuy. He was about to signal his nearest FSB officer, when the woman’s bosom began to quiver and there emerged, from her zipper’s cleft, the whiskered snout of a small dog.

Who would dare smuggle an animal past presidential security? So brazen was the act, it could hardly fail to impress him. Only after the danger had passed did his pulse begin to race, and he smiled at the response she’d provoked in him, she with her little dog. Wasn’t there a Chekhov story about a lady with a lapdog at a seaside resort, where she awakens the heart of a distinguished older man? He should probably read it again....

—from The Los Angeles Review of Books Quarterly Journal,
reprinted in The Barcelona Review (spring 2016). 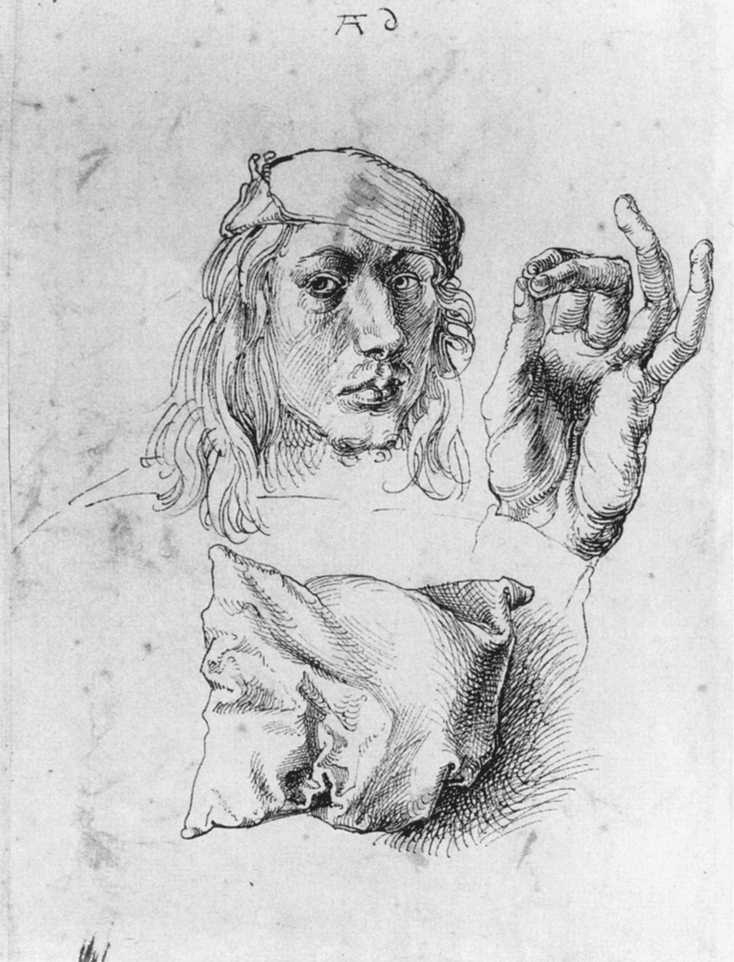 "Visualize seduction. And self-confidence. Gravitas, too, but especially seduction. So many people in Los Angeles seem to get what they want. Is this how they start? By assuming it's already theirs...?

Picture your own allure and drive toward it. Hey, that's not bad: toward the idea of your own irresistible allure you're now driving, albeit around and around the same block. Don't be scared. What's the worst that can happen? Claudia says no—again. But this time you're bringing something special to the table. Something guaranteed to set you apart.

There's a parking spot next to that bright red Ferrari. He's a little over the line, so you have to squeeze in slowly. Slowly. Ferraris back in Minnesota, should they even exist, don't park in front of strip-malls. You ogle the muscular car, empty and topless, keys dangling from its ignition. Who forgets their keys in a quarter-million dollar car? How loaded must someone be to afford such carelessness? ...

—from the first pages

Adriane on the Edge
a novel-in-stories 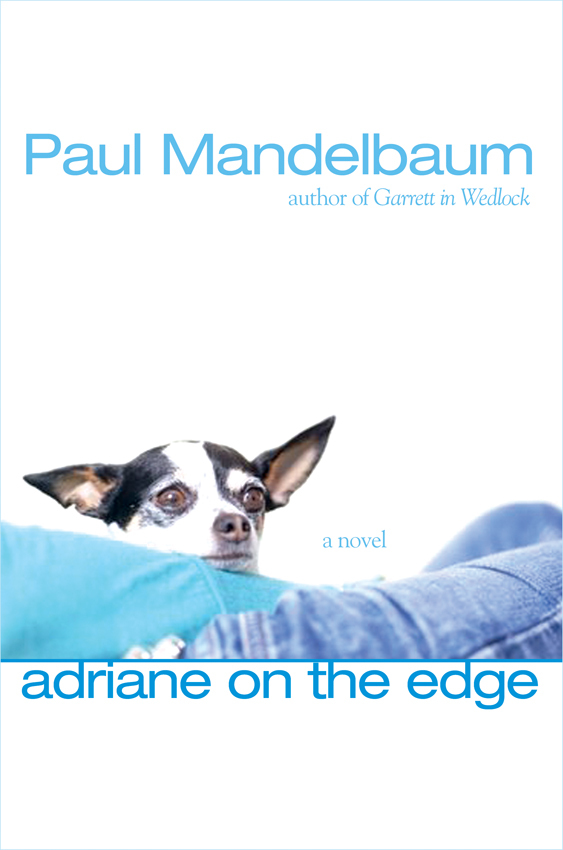 "At the center of this hilarious, dazzling tale is Adriane Gelki, hapless employee of the Mayor's Office of Neighborhood Enhancement, who wants desperately to cultivate a life of abandon—the kind personified by her hero, Thelonious Monk. Devil may care, transcendent abandon. Who says a black jazz legend from the 1950s can't be a role model for a 28 year old white girl?

"So far, however, Adriane has yet to manage it—to be completely abandoned. Except, of course, by other people. Like her father, who killed himself when she was fourteen, and her mother, who followed suit ten years later. And then there was her married boss Garrett Hughes—the one-time object of her fumbling attempts at seduction—who broke her heart.

"An uproarious look at the insanities of living on the edge, this charming and incisive novel revels in the tragicomic journey of life—wherever it may lead."

Adriane's Man Monk
Lately she’d been listening to a lot of Thelonious Monk. He’d made beautiful music by deliberately hitting the wrong notes. Adriane was convinced there had to be some kind of life-lesson in that.

Adriane's Dog-Care Guide
At the vet's they showed her how to clip Barry's toenails and douche his ears with a diluted vinegar solution and how to cut out matted fur. When they got home, she tried a test run of all of these things. She set him in the bathtub and clipped and squirted. He put up with everything, and seemed generally to enjoy her ministrations. When she was done, she rewarded him with a smoked pig's ear.

Garrett in Wedlock
a novel-in-stories

“Oh, God.”
She bolted upright and looked past him. “I had that dream.”

"Which dream?” he asked, taking her face in his hands. “The one where you’re auditioning for the Baltimore Ballet and your slippers catch fire?”

“No, the bicycle dream."

Shaking her head, she shut her eyes. “The rump one.”

“And your first husband is running beside you, holding the handlebars?”

She nodded vigorously against his palms.

“And your second husband is hanging on to the book rack?”

“Yes, yes, yes.” She stared feverishly now at Garrett and demanded, “What does it mean? Do you think it’s some omen, about today?” 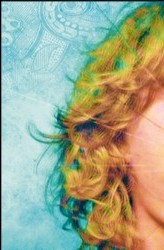 "When Garrett marries May-Annlouise, he doesn't just get May- Annlouise. He also gets her two children, Lynn and Turpin. That's not so unusual nowadays. But Garrett didn't expect to get her ex-husband Tor as well. Back from his globetrotting adventures, Tor has arrived on their doorstep in Baltimore to announce he's dying of a form of mad cow disease. May-Annlouise feels she has no choice but to let him move in and see him through. After all, he is Turpin's father...

"Then Lynn decides to seek out her own father, who happens to live in India. When May-Annlouise refuses to take her, Garrett steps up, and once again, gets more than he bargained for. Lynn adopts her father's religion and asks for an arranged marriage—only to have Turpin, now a troubled teen, flamboyantly thwart her plans.

"Over the course of a decade, Garrett and May-Annlouise encounter a host of striking characters—a seductive coworker, a mysterious fertility doctor—who amply demonstrate, in ways both profound and absurd, that no marriage is an island. As full of surprises as the institution it celebrates, Garrett in Wedlock is a distinctive literary debut, and a powerful rendering of a union that has truly tested the vow 'for better or worse.' "

Praise for
Adriane on the Edge:
(Berkley Books)

"Mandelbaum has a gift for turning tragedy into a strange kind of comedy; his tales of Adriane's often bumbling exploits are both touching and amusing. Highly recommended for all public libraries."

"Mandelbaum, like novelist Anne Tyler, is fond of using Baltimore as a setting, homing in on endearingly eccentric characters, and suffusing the whole with a gentle whimsy. Rendering his own skewed version of the chick-lit formula, Mandelbaum presents this highly amusing, wholly entertaining novel-in-stories detailing the crackpot (mis)adventures of Adriane Gelki... Readers will be delighted as she embarks on a disastrous hunt for the perfect bagel during a blizzard in Montreal and disrupts a meeting of the Greater Baltimore Polyamory Society on New Year's Eve. Long live Adriane!"

“Teeming with energy and even moments of insanity, Adriane’s escapades are fraught with true human emotion…. There is a plaintiveness and vulnerability here…. Mandelbaum is definitely in touch with mind, body and soul.” 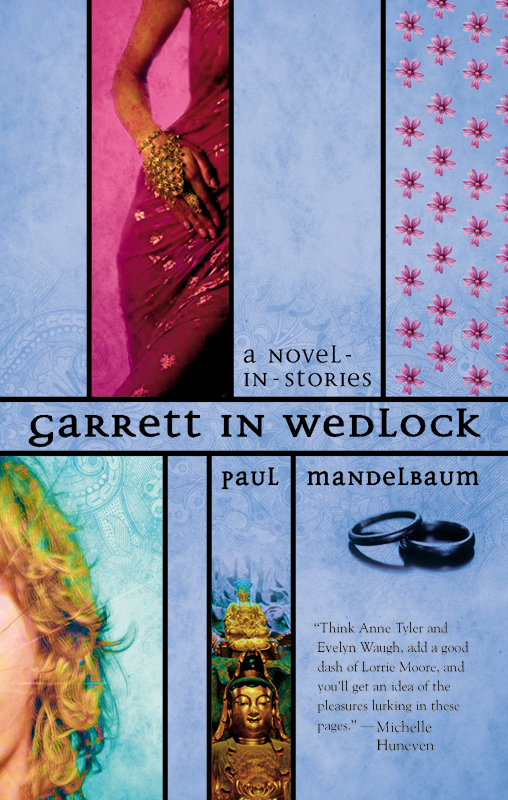 "[O]ften hilarious...a fittingly complex portrait of a family that, in its branching byways, resembles what families really are."

“In the author's hands, this kind of marriage becomes a metaphysical road trip.”

“[M]uch of the book reads as though it's been culled from Celebrated Literature of the Oughts. The novel-in-stories format evokes Zadie Smith's White Teeth, aromatic scenes in modern India bring to mind Pulitzer Prize-winner Jhumpa Lahiri, and Garrett himself might have been a bit player in Jonathan Franzen's The Corrections before landing this, a starring role in his own spin-off series. But another thing it has in common with those other books is that it's an entertaining, insightful read.”

"...unfolds gracefully as nuanced and memorable characters confront a variety of family-related crises. If Anne Tyler just came to mind, you wouldn't be too far off the mark."

“Mandelbaum's explorations into the human heart are well worth the read.”

“Entertaining, moving... Mandelbaum has a great knack for well-placed humor. The lives in Garrett in Wedlock exemplify the hoops that we often jump through to make things work. This, however, is one circus act all readers can take part in.”

“Paul Mandelbaum is that rarest of birds: a terrific comic literary writer...satirical and big-hearted, merciless and tender.... Think Anne Tyler and Evelyn Waugh, add a good dash of Lorrie Moore, and you’ll get an idea of the pleasures lurking in these pages.”

"[A] rich cross section of contemporary family life, ruled by chaos theory and by genuine love." 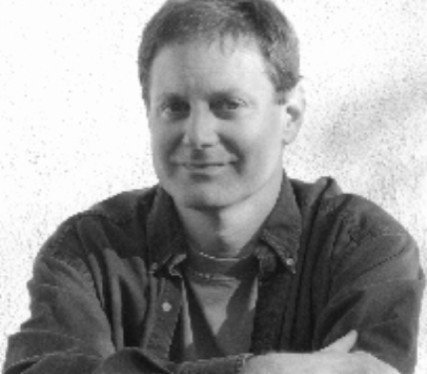